The capacity of each module unit of this mobile battery storage system called Voltpack is 250kWh, which can be combined into a larger capacity energy storage system through inverters and other equipment.

Vattenfall believes that the Voltpack energy storage system will play an important role in bridging the gap between Sweden ’s rapidly growing electricity demand and the lack of grid capacity.

Sweden's power grid is already congested, and the country's strict licensing requirements mean that even if economic growth and power demand are imminent, its power grid upgrade and expansion work may take five years.

Torbjörn Johansson, head of network solutions for Vattenfall, said: "Today, some global technology companies plan to build and operate new data centers in northern Sweden. However, due to insufficient local power grid capacity, the construction and operation of these data centers may only grow to five. It will be implemented after ten years or even ten years. "

In this case, the Voltpack battery energy storage system can be installed to complete the power grid peaking work for the distribution company, and the use of a fully loaded container battery energy storage system can perform other grid stability services. Although Sweden has a total population of only 10 million people, it has more than 170 power distribution companies.

Johansson said that a start-up company tried to use the electromagnetic induction non-contact charging system of electric vehicles, but was also very interested in the mobile Voltpack battery energy storage system.

Sweden hopes to achieve the goal of a net-zero economy by 2045 and ban the sale of all fuel-fueled vehicles by 2030, and the biggest obstacle to achieving these goals is the country ’s insufficient grid capacity.

Northvolt benefited from the support of utility manufacturer Vattenfall, which was an early supporter of Northvolt's investment in Sweden to build a multi-billion dollar super battery plant.

Zand said: "We have obtained a lot of capital and orders from Vattenfall and provided them with suggestions on the future market development strategy of the battery. This is a very fruitful cooperation."

Zand used to work for consulting firm McKinsey & Company, and he had been looking for future development priorities when meeting with Peter Carlsson, CEO of Northvolt.

Carlsson said that batteries will become an important part of the automotive supply chain, and European automakers need to implement some regional battery products. Northvolt Corporation announced in 2017 that it plans to build its first battery production plant, whose name is NorthVolt Ett.

Zand said that the Northvolt Ett battery production plant will be opened in the first quarter of this year, with an annual production capacity of 40GWh, and its battery products are suitable for both automobiles and fixed energy storage systems. 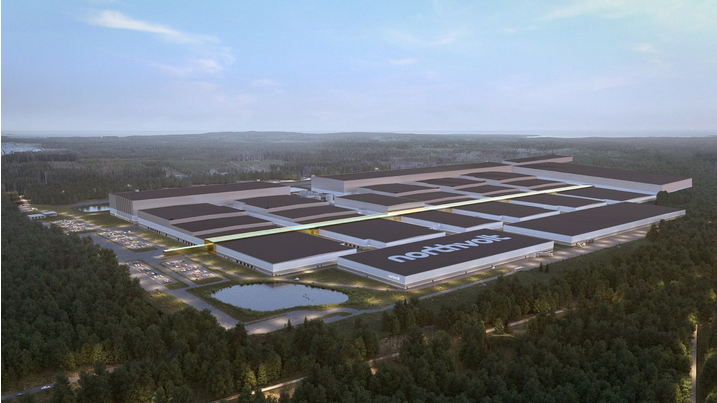